Hydraulic cylinders are among the most important parts of a functional hydraulic system. They provide the linear force that is necessary to move heavy loads. However, they are also susceptible to a few different problems that can cause them to fail.

Here are two of the most common reasons behind hydraulic cylinder failure.

Hydraulic cylinder seals help keep fluid in and dirt and other contaminants out. Over time, however, they can become damaged and worn, causing problems with the proper functioning of the hydraulic system. Common causes of damage include contamination (from dirt, water, or other fluids), excessive wear (from friction or abrasion), and incorrect installation.

Contaminants can enter the system in a number of different ways, including leaking fittings, bad hoses, and incorrect fluid filtration. They gradually wear down the seals, causing them to leak.

Excessive wear can also be a result of different factors, including high temperatures, poor-quality seals, and incorrect lubrication. This can cause the seals to swell, distort, or break, resulting in a loss of hydraulic fluid.

Incorrect installation is another common cause of seal damage. If the seals are not installed properly, they can be damaged during operation. This can cause them to leak or fail completely.

In some cases, damage can be repaired by replacing individual seals. However, it might be necessary to replace the entire cylinder if there's too much internal damage from bad seals. Regardless of the approach, you have to address the faulty seals as soon as possible to avoid further damage to the system.

Hydraulic systems generate a lot of heat, and this heat can build up over time. If this heat is not properly dissipated, it can cause several issues that often culminate in cylinder failure.

As mentioned earlier, hydraulic cylinders use fluid pressure to generate the force required for lifting heavy objects and moving them around. When the fluid inside the cylinder gets too hot, it can break down and become less effective at lubricating the moving parts. This can cause the cylinder to seize up, resulting in a loss of hydraulic power.

In extreme cases, overheating can even cause the cylinder to suffer irreversible damage. When the fluid breaks down, it can form deposits that clog the moving parts inside the cylinder and cause them to wear out prematurely.

To prevent this from happening, be sure to keep an eye on the hydraulic fluid temperature. If it starts to get too hot, shut off the machine and allow it to cool off before using it again. You can also use larger reservoirs, add cooling fans, and use hydraulic fluids that have a higher boiling point.

Larger reservoirs give the fluid more time to cool off between uses while cooling fans dissipate the heat generated by the system. In addition, using hydraulic fluids with a higher boiling point helps prevent the fluid from breaking down at these high temperatures.

Turn to a hydraulic cylinder repair shop for assistance. 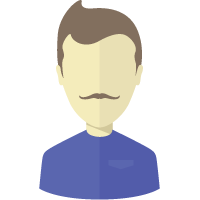 Read in about 3 Minutes